How are the mighty fallen. Tell it not in Gath nor publish it in the streets of Ashkelon. The above Biblical expression aptly captures the kind of unexpected fall of the Eleruwa of Eruwa, Oba Samuel Adegbola.

When he was crowned about 21 years ago, he never knew that the scepter of his reign would break so soon.

Opposition had grown against his installation by other contenders to the Eleruwa stool.

The controversy resulted in legal tussle which eventually shortlived his reign.

The faulty foundation of his kingship first had a shaky experience when on January 26, 2011, an Oyo State High Court resolved all the eight prayers of Mr. James Olatunde Idowu, Alhaji Rasheed Oyedepo Ajao against the monarch saying he was not the lawful person to assume the throne.

Mr. Adegbola was recommended by the kingmakers to Oyo State Government which later installed him in 1998 amid protest by other ruling houses.

The ruling houses in contention for the throne are Laribikusi and Akalako families. The two ruling houses, according to the court, are the recognised royal lines in the town. Before candidates can emerge, all the families in each royal line, under a recognised eldest person, would meet and choose their candidates.

But the plaintiffs said all the procedures were not ignored. They suspected foul play in the hasty and alleged inconclusive recommendation of the kingmakers. They, therefore, headed to the court for redress.

In the judgment at the High Court, Justice Abimbola ruled that Mr. Adegbola is from the Akalako ruling house from where the previous king that died emerged and should have waited for the turn of his ruling house.

Since the death of the former traditional ruler of the town, Oba Bolanle Olaniyan in 1994, there has been a struggle for the highest chieftaincy title in the town.

Prayers of the plaintiffs

Among the prayers of the plaintiffs against the deposed king as presented by their counsel, Alhaji Lasun Sanusi(SAN), are a court order that the selection and approval of the monarch by kingmakers is ultra vires, null and void; an order setting aside the purported nomination, selection and approval of the 1st defendant as the new Eleruwa of Eruwa.

Other prayers of the plaintiffs are an order restraining the 2nd-10th defendants from recognizing or continue to recognize the 1st defendant as Eleruwa of Eruwa, an order directing the 2nd-6thdefendants and the Ikolaba of Eruwa if any to reconsider the nomination made by Laribikusi Ruling Quarters and select a candidate to the stool of Eleruwa for approval of the 8th defendant.

The court granted all the eight reliefs sought by the plaintiffs.

Contrary to the claims of Mr. Adegbola (deposed king) that he is from Ajao Alapinni, the court said the evidence before it proved otherwise and that the minutes of the meeting held by the family and the record of attendance did not reflect that he attended any of the meetings because he is not a member.

On issue two, the court held that the meeting that produced Oba Adegbola was factional and that it would give recognition to Pa Sanusi Alao as the eldest person of the ruling house and it was unlawful for Mr. Sangotiku to summon a meeting since he was not recognized as the eldest.

The judge said: “The exercise by the kingmakers is ultra vires, null and void. The 1st defendant is of female line” and that it contradicts the custom of the town. I hereby hold that there is merit in the plaintiff’s case and it subsists that the 1st defendant is the member of Akalako which produced the last king, is a bastardization of the customary law of Eruwa. The approval of the 1st defendant by the 8th defendant (Oyo State Government) is hereby set aside and that it should not accord recognition to him as the Eleruwa of Eruwa.”

When the axe of the lower court fell on him, there were mixed reactions by the people of Eruwa.

In some parts of the city, some people wore forlorn looks protesting the removal of the king. They carried placards that read “we prefer Oba Adegbola as our kings. Some even betrayed their emotions crying as if something precious had been lost.

Reacting to the judgment of the lower court, Oba Adegbola said it was shocking, embarrassing and surprising. He added that no matter how long, truth would surely prevail hoping that the appellate court would give him justice.

He said: “I received the judgment with a rude shock. It was very embarrassing and surprising. But, I know that the chieftaincy matter goes beyond the High Court. I have discussed with my lawyer. I will appeal the judgment”.

But fate dealt a deadlier blow on him as the Court of Appeal confirmed his removal.

While delivering a 50-minute judgment at the Appeal Court, Justice Dongban-Mensan, said the lower court was right in its judgment and ordered that Oba Adegbola should vacate the throne.

Like a cat with nine lives, the embattled Oba Adegbola explained that since the case was a civil matter, he still had the liberty to approach the apex court.

Alhaji Rasheed Oyedepo Ajao, one of those who opposed the enthronement of the monarch said after the Appeal Court judgment that “the entire Eruwa community is set free as a result of the judiciary which restored our hope. We stood by the truth for 15 years that Samuel Adegbola was illegally picked by some cabal in Eruwa. But today, God revealed himself.

I hereby call on Oyo State government to ensure the implementation of the court order”.

However, the Supreme Court has ordered his dethronement.

The killing of Paul Sodje

A People And The Storms Of Flood

Fuel: The day of reckoning is here 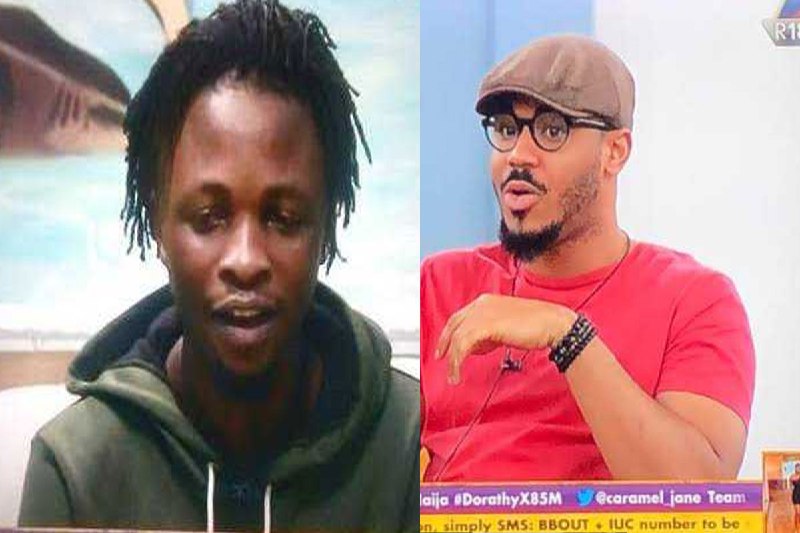 BBNaija 2020: Laycon tells Big Brother why he wants Ozo out of the show