The groups warned IPOB to desist from attacking Nigerian leaders.

Speaking, yesterday, in Enugu, National Publicity Secretary of Ohanaeze Ndigbo, Chief Uche Achi-Ogbaga and his Deputy, Chuks Ibegbu said the minister was saved from being attacked by Spanish police because the system works there.

According to Achi-Ogbaga, “if it were to be in Nigeria, he would have been killed because the security architecture has been politicised, bastardised and tribalised to the level that they are no longer effective”.

While not blaming anybody or group for the attack, Achi-Ogbaga noted that Nigerians are frustrated and called for restructuring of the system to give every part of the country a sense of belonging so that it can work well.

His words: “The system has been bastardised and has to be restructured. Look at what happened to Sowore; we can’t get it differently unless we restructure.

“Nothing seems to be working. The police were able to save Amaechi in Madrid because they have a system that works.”

His deputy, Chuks Ibegbu added that the attack was regrettable.

He said: “We advise resolution of all grievances by Nigerians with dialogue. Our leaders should be open to dialogue and address the yearnings of the people. There must be a meeting point between the rulers and the ruled.

“Amaechi is an Igbo son and it is our duty to protect the interest of all Igbos. We advise Igbos in authority to serve the people  for posterity .We are glad he did not come to any harm.”

In a statement by its President, Raymond Obuseh, Coalition of Niger Delta Stakeholders for Credible Leadership warned that if such scenario repeats itself, “we will be forced to retaliate or act simultaneously.

“It came to us as a rude shock that some misguided persons in far away Madrid, Spain, attempted to attack the person of the Minister for Transportation, Chief Chibuike Amaechi.

“It was later confirmed that many of the fellows were disgruntled Nigerians in Spain and to add salt to injury, one unknown Emma Powerful, who claims to be the spokesman for the Indigenous People of Biafra, IPOB, was said to have claimed responsibility for the assault on behalf of IPOB.

“We, hereby, warn Emma Powerful and IPOB to desist henceforth from attacks on Niger Delta political leaders, including the Transport Minister, who is a highly respected leader on our zone.

“We have nothing against IPOB as a pressure group fighting for its people and region. However, they should understand the boundaries of their agitations.

“It is not impossible that we join IPOB to agitate for what we deemed necessary, but that must be based on a collective understanding after proper consultations.

“Don’t drag us to the thoughts and feelings of the past, where many felt that the coup was one sided. If anything negative had happened to the person of the Minister of Transportation as a result of that attack in Madrid, Spain, we would not have accepted it as an action against a Nigerian politician, but a Niger Deltan.

“Amaechi was a governor of Niger Delta state five years ago. If IPOB feel they have any axe to grind with their leaders, then the South-East region and her political leaders are clearly distinguishable.” 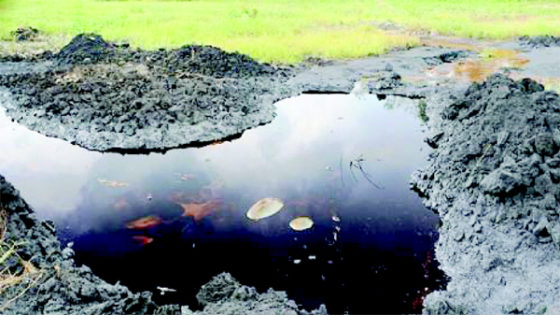