ABUJA — Uproar yesterday greeted the declaration by the Federal Government that the security outfit launched barely a few days ago by governors of the South-West states, known as Operation Amotekun is illegal.

The Federal Government said it is not backed by any known law in the land.

Attorney-General of the Federation & Minister of Justice, Abubakar Malami made this known in a statement yesterday.

The decision, however, elicited angry reactions from Yoruba leaders, who faulted the Federal Government’s refusal to support the outfit.

In a statement by the Special Assistant on Media and Public Relations to the Attorney General of the Federation and Minister of Justice, Dr. Umar Gwandu, the government said the issue of defence and security are under the exclusive list and not with the states.

The statement read: “The setting up of the paramilitary organisation called “Amotekun” is illegal and runs contrary to the provisions of the Nigerian law. The Constitution of the Federal Republic of Nigeria 1999 (as amended) has established the Army, Navy and Air Force, including the Police and other numerous paramilitary organisations for the purpose of the defence of Nigeria.

“As a consequence of this, no state government, whether singly or in a group has the legal right and competence to establish any form of organisation or agency for the defence of Nigeria or any of its constituent parts.

“This is sanctioned by the provision of Item 45 of the Second Schedule of the Constitution of the Federal Republic of Nigeria (as amended) authorizing the Police and other federal security services established by law to maintain law and order.

“The law will take its natural course in relation to excesses associated with organisation, administration and participation in Amotekun or continuous association with it as an association.

“Finally, it is important to put on record that the Office of the Attorney-General and Minister of Justice was not consulted on the matter. If it had, proper information and guidance would have been offered to ensure that Nigeria’s defence and corporate entity are preserved at all times.”

Our reaction ’ll be collective — Oyetola

While reacting to the Federal Government’s position, Governor Gboyega Oyetola of Osun State said, the decision to inaugurate the security outfit was a collective one among the South-West Governors, adding that any decision with regards to the position of Federal Government would also be collective.

Oyetola’s Chief Press Secretary, Ismail Omipidan in a chat with  Vanguard said, if the Federal Government declared the outfit illegal, no state would tackle the issue single-handed.

Also, the Ondo State government said it will soon come out with a position.

Special Adviser to the state governor on Security Matters, Alhaji Jimoh Dojumo, said the government was yet to be informed.

Dojumo said: “The Ondo State Government said it has not been officially informed about the position of the Federal Government..

“We are yet to be informed, but if truly the Federal Government declared it illegal, my principal ( Governor Akeredolu) and other governors in the South-West will  have to meet and decide on what to do next .

“We will wait until after the South-West governors meeting and take a position on the matter.”

Afenifere’s National Publicity Secretary, Mr. Yinka Odumakin said: “They are joking. Now they have exposed themselves that they are the ones supporting insecurity in the South-West because if they don’t support insecurity in the South West, they will not take this position. All that they are telling us is that they will leave us vulnerable. They have not declared Miyetti Allah illegal or the herdsmen carrying AK-47 around the country. It is the security put together by our governors that they are now declaring illegal. On what basis are they declaring it illegal? They are carrying it too far.

“The first question Afenifere wants to ask Malami is this: Is Malami a court of law to declare action taken by federating units illegal? What power is he exercising? We are calling on our governors to ignore him totally. If he has anything against what they have done, let him go to court and they meet him in court.”

Arogbofa said: “Are they saying that the governors in the region, who conceived the idea, are ignorant of the constitution?

“I think the Federal Government’s position is unfair. If we have similar concepts put in place to ward off criminals and are allowed in other parts of the country, why outlawing same in the South-West?

“The Federal Government should not be seen as putting bottleneck on the way of states ready to put up defence mechanism.

“We expect the Federal Government to commend these governors for this initiative and assist them to make it work, not to put bottlenecks that would scuttle it.

“There is no point applying double standards. The governors have explained that it was not meant to divide the country but to go to the nook and crannies where the Police cannot reach to gather information. They said that they would not carry arms, so what is wrong in allowing such concept to thrive following the killings that occurred in the region in recent time?”

Reacting,  Organising Secretary of Afenifere, Chief Kole Omololu, said: “The Federal Government has just made the pronouncement, the soup is hot, we allow it to cool before consumption.

“In Yorubaland, we make collective decisions and not a one-man show. On this note, consultations will be made with stakeholders, traditional rulers, clergy, socio-political and cultural groups before we decide on the next line of action, not forgetting that we have a hostile Federal Government that does not mind plunging the nation into chaos and darkness.”

Also flaying the position of the Federal Government, the Agbekoya Farmers’ Association, said the outfit has come to stay.

Speaking with Vanguard, Agbekoya President-General, Chief Kamorudeen Okikiola kicked against the position,  saying what the Federal Government has done is unacceptable.

Reacting also, the Yoruba Council of Elders, YCE, through its scribe, Dr. Kunle Olajide, said it was unbelievable that the Federal Government can say that.

He said: “I don’t want to believe anybody can say that. Remember that everybody has the right to defend themselves. Governors, who took the step, are democratically elected and they know what the best is for their people. Their people are attacked, maimed and killed. Nobody felt safe again even in the zone. When the trouble was so much, they decided that putting together the outfit would protect their people. Since they did not violate any section of the constitution; I don’t think they have done anything illegal. Once again, I don’t believe the Federal Government can declare it illegal.”

We’re not under military rule— SMBLF

The Southern and Middle Belt Leaders Forum, SMBLF, also kicked against the move calling on the South West governors to ignore the Federal Government.

“We consider his action as an abuse of office to suppress the rights of federating units to secure themselves and in furtherance of the widely-held suspicion that sections of the country are deliberately being rendered vulnerable for herdsmen and other criminals by the Federal Government.

“We ask the Governors of the South-West to ignore Malami and allow him to go to court to challenge their decision as he cannot constitute himself into a court over elected governors. We are not under military rule.

“We insist that what the Governors have done is what individuals and and neighborhoods can legally do to secure their lives and property.

“The right to preserve your life cannot be under any exclusive list other than the list of those who have no value for human lives.

“The ultra vires action of the AGF has further exposed Nigeria as a country under command and control and  governed by a conquest mentality.

“We ask Malami to tell us what makes Amotekun illegal  and Hisbah legal.

“He should further explain to us what makes Civilian JTF legal in the North-East where there is war  and in Katsina and Zamfara   where there is no war, while Amotekun is his only illegal take.

“This is a defining moment to decide if we are under segregation and different laws in the country.” 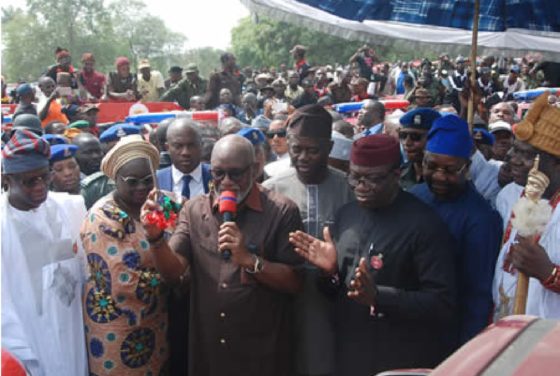 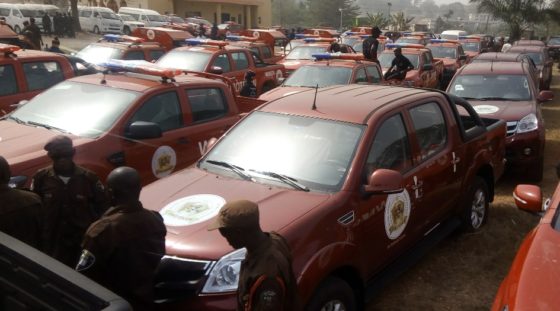 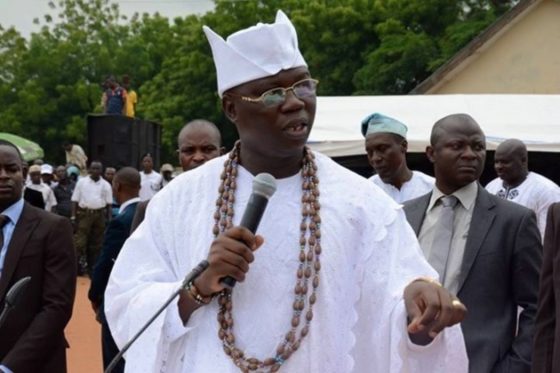