‘Truly Fr. Mbaka is a prophet of God’ 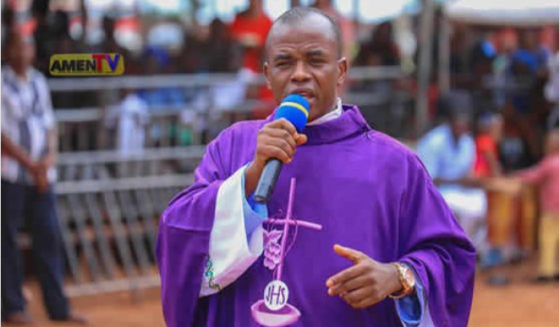 ‘Truly Fr. Mbaka is a prophet of God’

Following the declaration of Hope Uzodimma as the winner of Imo State governorship election and the immediate sack of Emeka Ihedioha respectively, spokesman of Mbaka’s adoration ministry, Barr Maximus Ugwuoke, Wednesday said that, Rev Fr Ejike Mbaka has been vindicated as a true prophet of God.

Recall that Fr Mbaka had during the 2019 crossover night asked Ihedioha to vacate office, noting that Hope Uzodinma would replace him.

Yesterday, Mbaka’s prophecy came to pass as Supreme Court Judges sacked Ihedioha. Reacting, Barr Ugwuoke, opined that Mbaka is a true man of God and urged people to learn to fear God and respect His anointed.

Disclosing this in a statement obtained by Vanguard, Ugwuoke stated that Mbaka’s prophetic gift should be a source of pride for the Catholic Church and indeed all true Christians as a living evidence of God’s divine presence within the church.

Ugwuoke pointed out that human beings are not gifted alike.

Read the statement in parts, “The judgment has for umpteenth times vindicated Fr Mbaka as true prophet of God. People should learn to fear God and respect His anointed whenever he says “Thus says the Lord”. We are not all gifted like, Fr Mbaka. His prophetic gift should be a source of pride for the Catholic Church and indeed all true Christians as a living evidence of divine presence within the church.

“As a Lawyer, I tell you that there are double fold angles to this miracle. One is the miraculous resuscitation of Hope Uzodimma from the far away position he was placed in the election result announced by INEC in Imo State. The second is the unanimous confirmation of the seven justices of the Supreme Court that Uzodimma was the rightful winner of the election.

“Fr Mbaka had at all times been consistent in his insistence of God’s revelation to him of Hope Uzodimma as Imo Governor even before his 31st December  night message and before Uzodimma’s appeal to the Supreme Court,” the statement reads.

While lamenting how people satanically picked the prophesy of Uzodimma becoming governor of IMO state, he disclosed that there are other 40 prophesies Mbaka made on 31st night.

“Uzodimma becoming the Governor of Imo was just a part of the about 40 prophetic prayers Fr Mbaka made on the 31st December night. But that became the only issue people satanically picked against him.

“Today again God has vindicated Fr Mbaka as He has always done for Fr Mbaka and adoration ministry in all the battles, vituperations and attacks the ministry had faced in the past. To God be the Glory,” the statement reads.

COVID-19: Fr. Mbaka makes clarifications on ‘use of strands of hair in bible’ to cure Coronavirus

Entertainers: COVID-19 is a tribulation, we ask God for deliverance 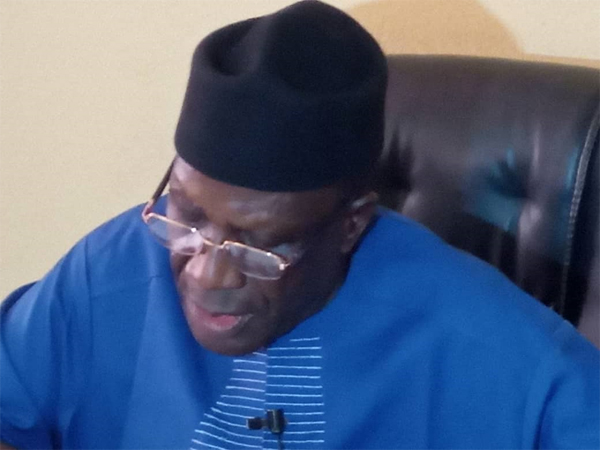 Gov. Ishaku is not only a Jukun Governor – Taraba Govt

Who is a perfect leader?

Coronavirus is a crazy lesson teacher!