Organised Labour has thrown its weight behind South West Security Initiative, Operation Amotekun, contending that such outfits were the way to go for the nation to surmount her security challenges.

Labour through the Nigeria Labour Congress, NLC, questioned the fuse over the outfit, noting that Nigeria had no manpower to police the entire country, neither the police nor the armed forces could perform magic without the help of non-state actors such as Amotekun.

Similarly, Governor Seriake Dickson of  Bayelsa State, said that Amotekun reflected in clear terms, the inevitability of restructuring the country.

He said regional security mechanisms such as  Amotekun were necessitated by the politicization and collapse of the centralized national security apparatus in the country.

Governor Dickson said the politicization and over-centralisation of security without an effective funding mechanism and arrangement for professionalism had reduced Nigeria to an un-policed country.

The governor in a statement by his Chief Press Secretary, Mr Fidelis Soriwei, yesterday, said he was a strong advocate of the devolution of policing powers, adding that the issues of control of policing powers are critical components of restructuring.

According to him, Bayelsa under his leadership has the Bayelsa Volunteers, the State Vigilante, the Community Safety Corp, the Water Security, all backed by law.

He said apart from other meetings where he led governors of the South-South and Niger Delta leaders, he has only had two private meetings with the President which had the Chief of Staff in attendance.

The governor said the meetings focused on the operations of the Amnesty Programme, (the Avengers Crisis) and restructuring.

He said the South-South would hold a meeting on regional security at the right time if there is need for such.

“My views on restructuring are in the public domain and I have taken it to the President himself unlike those who are running away from critical issues affecting our people”, he said.

Dickson continued: “In Bayelsa, we have our own similar mechanisms such as the Bayelsa Volunteers. I introduced the Community Safety Corp, backed by law, the State Vigilante Service backed up by law.

“We in Bayelsa have suffered more than most states in terms of the destabilization from the centre, destroying the fabrics of our security architecture where we have had about 20 commissioners of police in a year.

“Security is politicized such that crime and criminality now have partisan colour. People kill and maim and do terrible things without repercussions such that the refrain is that there is no law in Bayelsa.”

President of NLC, Ayuba Wabba, in an exclusive chat with Vanguard in Lagos, argued that anybody who believes the Nigerian security agencies could surmount the security challenges confronting the country today alone is alien to the reality on the ground.

Expressing support for the Amotekun initiative, he said: “The security situation in the country is overwhelming and we must, as citizens play our role effectively. I can tell you from where I come from the role such non-governmental organisations play; non-state actors have played and are playing in the issue of insecurity or issue of security.

“Clearly, you know the issue of Boko Haram, which is from my region, the North East, there is a major role being played by non-state actors in the security architecture. If we are to address the issue of insecurity, such groups must play an important role.

“I have seen with my eyes, where a youth carrying a stick pursued Boko Haram person that was carrying AK 47. I have seen this happen and it has greatly assisted. That is why I can commend our Governor Babagana Zulum (of Borno). Just last December,  he visited all communities in Southern Borno and all other areas where there are still Boko Haram attacks. He donated items and also strengthened the vigilantes.

“The Police and military we are talking about cannot do magic. They need the support of the communities. The communities can support the security agents through such organised outfits. It is only for government to regulate and ensure that they do not become a menace. All we need to do is to have such outfits so that they can complement the efforts of the police and the efforts of armed forces.

“I can talk about every state that I have visited, and I speak based on information available to me. NLC today is the most spread organisation in the country. In every hamlet, we have a teacher, we have a health worker, and we have a transport worker, among others. So, we are talking from the point of information.

I can say that they are assuming different dimensions in different proportions. You remember that the issue in the past was just armed robbery. The issue of kidnapping is now a new phenomenon. Even in my village, in last December, we recorded cases of kidnappings. We thank God they were apprehended, but it is a new phenomenon. That has been escalated to cities, towns, and hamlets and even on the highways. The issue of cattle rustling, armed banditry and theft are assuming alarming dimensions.

We cannot say that we do not have security challenges. The truth of it is that criminals are devising new techniques every day to beat our security agencies. So, community policing or being conscious about security is everybody’s business. Therefore, everybody should play a role, and that is why I support the idea for us to align those interests with the interest of the community.

“Let us face the facts, there is no way we can employ enough manpower to police the whole of Nigeria. That I think is very difficult and the resources are not there. But we can through these outfits, get our able-bodied youths to actually assist the security agencies. The only thing is to organise them so that they can be answerable to the authorities. That is the way we need to go about it because we do not expect people in communities to fold their hands, watch and see or continue to lament the security situation. That will take us nowhere.

Mallam Ali, SAN, who spoke with journalists in Ilorin, Kwara State capital on the sideline of a special luncheon he organised in honour of Professor Abdullateef Oladimeji, Deputy Vice-Chancellor of Al-Hikma University, Ilorin, who has been elevated to the status of a professorship of the institution, asked the Federal Government to support Amotekun.

He urged Nigerians not to politicise something that has to do with lives, since it is sacred, saying that it should rather be assisted and supported to ensure that people live in a peaceful and harmonious atmosphere.

Ali said: “There is nothing wrong with the formation of the security outfit in the region since it is meant to protect their lives and property. It is legal and constitutional.

“Operation Amotekun is not the first security outfit to be floated in the country, and I just wonder why there is so much noise about an outfit that is out to protect lives and property of the citizens.

“I was the lawyer that defended the setting up of Hisba in Kano during the regime of President Olusegun Obasanjo. Even some of the officers of the Hisba, who were charged to court, were discharged and acquitted by the court based on our argument that it was not unconstitutional,  and up till now, Hisba is still functioning and working well in Kano State.

“I don’t see the hues and cries over Amotekun, I don’t see anything spectacular about it. In any event, this outfit exists in many parts of Nigeria with different names such as Vigilante, Joint Task Force, JTF, and so on.

“I don’t think we should politicise something that has to do with our lives and limbs and property. Nobody is happy about the level of insecurity all over the place.”.

On the Attorney General of the Federation’s position on Amotekun, he said: “Law is made for man not man for the law. Even Hisba was challenged by the Federal Government and they didn’t make any progress out of it at the time of its establishment.

“We have been told by several people that we don’t have enough policemen to police Nigeria and that is part of the reasons we have problems. I think anybody who wants to assist our country should be assisted, should be supported. The issue of insecurity is very important.”

Don’t Depend On One Source Of Income – Dickson 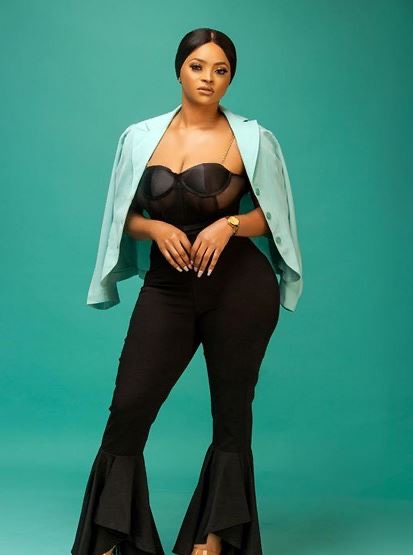 What excites me about black men – Angela Eguavoen