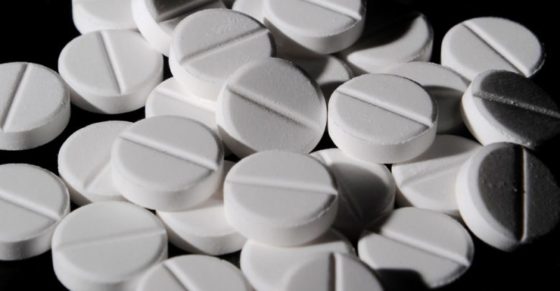 The National Agency for Food and Drugs Administration and Control (NAFDAC) has warned food vendors and others against the use of paracetamol as tenderiser in cooking meat and beans, saying it can cause kidney and liver failure.

Mrs Roseline Ajayi, the Kwara Coordinator of NAFDAC, said this on Thursday in Ilorin during sensitisation programme for fast food operators and food vendors on dangers of using the drug to cook.

Ajayi said “the use of paracetamol to tenderise meat and beans while cooking may be considered as a way to cut cost, but with grievous and unprecedented health implications, which include liver and kidney failure.”

The NAFDAC coordinator explained that paracetamol is a drug used to treat pain and fever, belonging to the class of drugs referred to as analgesic and anti-pyretics.

According to her, the common brand names available are panadol, Emzor paracetamol, commonly available in tablets, caplets and syrup dosage forms and is over the counter drug which is readily accessible.

She noted that foods provide nutritional support for life, while drug is a substance used in treatment, cure, and prevention of diseases.

She warned that “foods are not drugs and it’s a necessity for life, while drug is indicated for or against ailment.

“When drug is used for cooking, it is hydrolyzed or broken down into components, which include 4-aminophenol, a highly toxic chemical to the kidney and liver.

“NAFDAC is compelled to respond to emerging food safety issues, which is capable of consuming the health of several unsuspecting and innocent victims and citizens.”

She, therefore, warned people who patronise food vendors either Bukateria, cafeteria or fast foods that they may be exposed to indiscriminate intake of paracetamol unknowingly, which is harmful to their health.

Ajayi also said that the sensitisation became necessary as it was directed by the Director-General of NAFDAC, Prof. Mojisola Adeyeye, that awareness be created on the grave consequences of the practice of using paracetamol to cook.

She appealed to the conscience of the practitioners to desist from the practice, while also urging those with large families to conduct their cooking business with the understanding of the consequences of their decisions on the health of the populace and family members.

Ajayi listed some methods of meat tenderisation that people could adopt to include soaking meat in salt for 30 minutes, marinating with vinegar or citrus or wine before cooking.

Other methods she said were using thyme and onions, as well as using pressure cooker.

He urged people to report any case of the practice to the appropriate authorities.

The issue of the bad cooking habit came under “Motion on Matter of Urgent National Importance on the Need to Investigate Alleged Use of Paracetamol and Bleach to Tenderise Meat and Process Cassava in Osun State and across the federation’’ recently at the House of Representatives, where members urged NAFDAC to sensitise Nigerians against the practice.

The House also mandated NAFDAC and other relevant government bodies to arrest and prosecute all offenders of this provision to serve as a deterrent, while helping to curtail the continuous perpetuation of such crimes against humanity.

The lawmakers further urged federal and state ministries of health, NAFDAC and other stakeholders in the industry to develop a blueprint that would ensure constant and regular monitoring and supervision of food vendors and processors to avoid recurrence.

They mandated the House Committee on Health Care Services to liaise with NAFDAC and ministries of health to engage relevant government agencies charged with supervision and monitoring of public foods and services, with a view to investigating this revelation in Osun, Delta and other states of the federation.

The committee is expected to report back to the House within eight weeks for further legislative action.

Use of paracetamol for meat softening an abuse ― NAFDAC

Ayo Mogaji of Feyikogbon reportedly down with kidney failure

Ayo Mogaji of “Feyikogbon” down with kidney failure, memory loss

Funmilola, down with kidney failure ailment, needs N17.9m for another transplant

Kogi poll: Group accuses police of colluding with APC to cause crisis