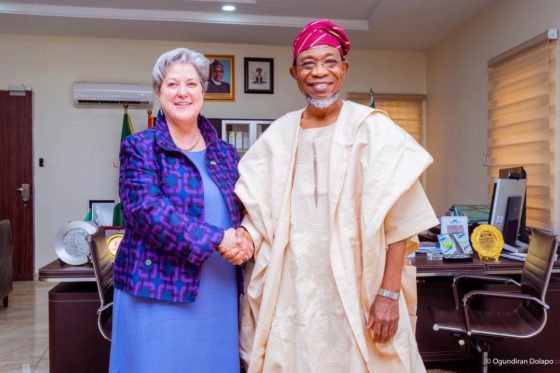 Nigeria on Thursday asked the United States, US  to abandon new visa restrictions on the West African country ahead of February 21 when they are set to take effect.

Nigeria’s interior ministry issued a statement saying Ogbeni Aregbesola had given the request to drop the ban to the U.S. ambassador in Abuja.

“Nigeria is too important an ally of America to deserve such a sanction,” Aregbesola said, according to the statement.

“We are positive that (the) visa restriction is a temporary one, it will soon be put behind us,” he said, adding that Nigeria had complied with most of the concerns raised by the United States.

The U.S. Ambassador Mary Beth Leonard assured Aregbesola of “her country’s determination to continue to collaborate with Nigeria”.

Nigeria, Africa’s most populous nation, is the biggest country on the list whose citizens will be suspended from U.S. visas that can lead to permanent residency.

The original travel ban, issued in 2017, barred nearly all immigrants and travellers from seven countries with majority Muslim populations.

The policy was revised amid court challenges, but the U.S. Supreme Court ultimately upheld it in 2018.

China and Vietnam finally ban wildlife trade due to coronavirus

US to evacuate nationals amid Nigeria lockdown