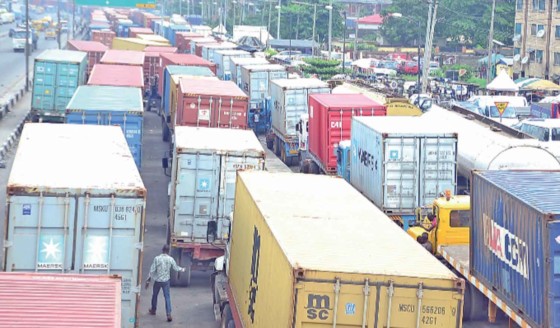 A TRIPARTITE agreement between the Federal Government, Lagos State Government and Westron Engineering and Maritime Investment Company, has culminated in the construction of a port facility that will absorb about 25 percent of the cargo traffic from Apapa and Tin-Can Island ports.

The port facility located around Ijegun, near Satellite Town area of Lagos can also help in de-congesting the Apapa and Tin-Can Island ports that are currently heavily congested. The development of Ijegun port city commenced in the 1990s with massive dredging and reclaiming of the swamp around the Satellite Town area, according to the Chairman, Westron Group, Chief George Igboegun.

Igboegun also said that the creation of the port city was meant to relieve Apapa and Tin-Can Island ports of the current congestion adding that there are plans to expand the capacity of the facility. He said with greater corporation from the government, the facility can absorb 25 per cent of the Apapa cargo traffic. According to him, the facility had recently built a one-kilometre road, bridge and water channel due for inauguration by the Speaker, House of Assembly, Mudashiru Obasa.

He stated: “The demand for port facilities in the ever-growing city of Lagos, has seen an exponential growth in the last few years. The resultant effect is that even the addition of Tin Can Island port could still not meet this demand. This has led to the chaos Apapa has turned into, with the nation losing tonnes of money on daily basis. Effort by the government to ease the pain of Apapa has not yielded the desired result.”

The Westron Group chairman, who said his firm started business with fishing trawlers, but encountered challenge with delays at the Apapa port, noted that the issue of requisite infrastructure for the new port city had been a recurring problem over a long period. He recalled that with the delays at Apapa port and the traffic gridlock, Westron fishing trawlers could not find adequate berthing facilities in Lagos, the main market for their products. He added that while searching for solution to the problem, the firm discovered the swampy and natural Ijegun harbour and decided to explore its maritime potential in collaboration with the government.

Igboegun said the various parties and companies with interest in the new port city, mostly under the umbrella of the Ijegun Tank Farm Association, have over time been making their individual contributions towards the development of infrastructure in Ijegun. He added: “The new bridge and road represents part of our contribution towards bridging this infrastructural gap in the new city. It is our hope that with the combined effort of the private and public sectors, the city will see further growth, making significant contributions towards relieving the Apapa problem. It is projected that our present additional development in the area, will see a further growth of 30 per cent in this new city.” According to him, about 60 per cent of Nigeria’s petroleum products were housed in Ijegun, adding that there were currently 12 tank farms in Ijegun, holding a storage capacity of about 600,000,000 litres.