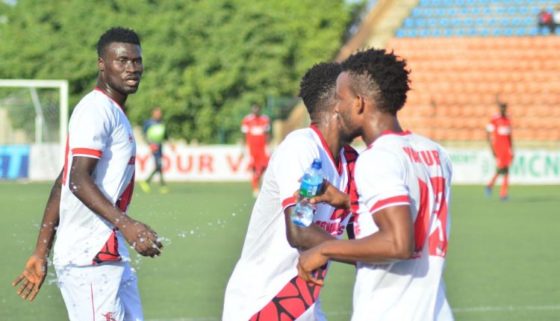 The League Management Company (LMC) has fined Abia Warriors the sum of N5m for the match violence that disrupted the Nigeria Professional Football League match-day 20 fixture against Enyimba in Umuahia.

Fans of Abia Warriors had reportedly gone irate during the course of the match after fans of Enyimba celebrated wildly following a missed penalty by an Abia Warriors player. The home fans reportedly vented their spleen on the Enyimba players and chairman, Felix Anyansi-Agwu, who sustained serious head injuries.

After conducting a thorough investigation into the fracas, the LMC yesterday released a statement, in which it found Abia Warriors guilty of the charges and ordered them to play their three consecutive home matches behind closed doors.

According to the statement of LMC, ‘’Abia Warriors have been fined N5,000,000 to be paid within 10 working days in a Summary Jurisdiction exercised by the LMC on the disruption of the Matchday 20 fixture in Umuahia against Enyimba International

‘’Abia Warriors are also to play a minimum of their next 3 consecutive home matches behind closed doors with no fans before a possible review which can only be carried out if the LMC is satisfied that conditions which led to the disruption has been completely eliminated.

‘’Out of the N5m fine, Enyimba International FC will receive N2.5m as compensation for injuries and damages to property. Abia Warriors have 48 hours to accept in writing, this decision or seek to appear before a panel’’.