ACTING Provost, College of Education, Gindiri, Mangu Local Government Area of Plateau State, Monsignor Prof. Cletus Gotan, has appealed to the state Governor and Visitor of the College, Simon Lalong, to provide tight security in the college to curb incidences of rape and armed robbery in the institution.

Gotan made the appeal at Gindiri during the combined 28th-33rd convocation ceremonies of the institution where the first civilian governor of the state, the late Chief Solomon Lar, the Deputy Speaker of the House of Representatives, Idris Maje and three others, were honoured. The late Lar established the college and Maje started his career in that college before joining politics.

The Acting Provost said: “Majority of our students are currently housed off-campus, a situation which makes it difficult to adequately secure them, especially the girls who are vulnerable to abuse of all sorts. In fact, cases of rape, abuse and even death have been recorded.

“To underscore our priority on security, I would also like to appeal to the government to consider the siting of a police outpost somewhere close to the college gate, to provide additional security to our students and to curb incidences of theft, rape and armed robbery, which seem to be on the rise around the off-campus hostels which have high concentration of our students.”

In his speech, Lalong directed the State Commissioner of Police to establish a police post in the college to avert further rape and killing of students saying: “I have noted the challenges enumerated by the Acting Provost about the issues relating to infrastructure, security, funding, among others.

“On security, we shall make necessary contact with the people and relevant security agencies to facilitate the siting of a Police outpost close to the college premises to help in curbing the incidences of crime in and around the school campus.”

Member representing Langtang North/Langtang South in the House of Representatives, Hon. Beni Lar, who is the daughter of the late Lar, received the award on behalf of the family and noted that her late father who established the college in 1980 when he was the governor of the state, also established 100 secondary and primary schools in Plateau and Nasarawa states. Beni said her late father believed in human development and that most Plateau leaders were beneficiaries of his scholarship.

Coronavirus: Shiites cry out over life of El-Zakzaky, wife 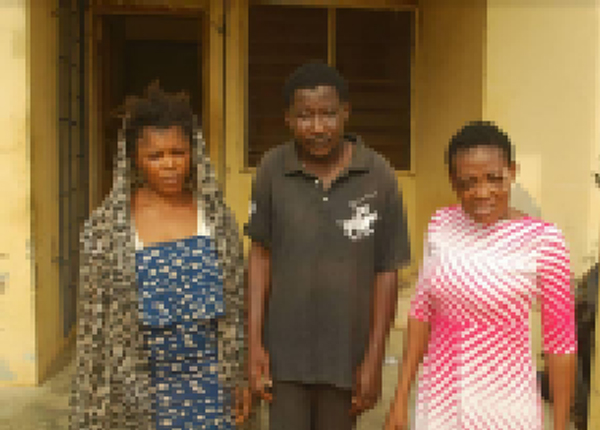 Frustration led me into robbery, says female member of One Chance gang

Taraba shuts borders, bans movement in, out over COVID-19