AS expected, politicking towards 2023 in the Peoples Democratic Party, PDP, in Delta State is living up to billings, and as diverse as the state is so is the interest and intensity of those positioning for the seat of government in Asaba the state capital. There are impostors, there are pretenders, there are grandstanders, and of course, there are candid intriguers.

Not long after the State Governor, Senator Ifeanyi Okowa, took his oath of office for second term, than crusaders and power mongers hit the ground running, a situation perceived by some as too early, and capable of not just heating up the polity but also befuddling the government from the goal of governance.

This led Governor Okowa to caution that it was too early in the day to jostle for 2023, advising that it was imperative at this time to deliver good governance to the people and not play politics of succession.

“There will be room to play the politics, and by His grace when the time comes, everything will work out smoothly. No one can make a governor; only God can decide who becomes governor. So, now we have to work together to achieve a stronger Delta as we need to spend the next few years working for the people of Delta State,” Okowa pleaded shortly after the Supreme Court affirmed his election victory.

Obviously, the plea fell on deaf ears as the motley gang, and their sponsors took to the streets within and outside the state, endeavouring to outdo one another in the bid to become the preferred suitor. Many deployed subterfuge while others adopted the open approach.

For instance, Olorogun Kenneth Gbagi, former Minister of State for Education came out shooting from the hips, claiming that it was his turn to be the next governor of the state. He has since embarked on open consultations.
Again, his activities, along with others, compelled the state government to assert earlier this year that it was too early to drag Okowa into the 2023 governorship politics.

Apart from Gbagi, others rumoured to be angling for the exalted office are the Speaker of the State House of Assembly, Sheriff Oborevwori; Chief Felix Anirah, a member of the State House of Assembly representing Sapele constituency; Barr. Peter Mrakpor, the State Attorney-General and Commissioner for Justice; Chief James Augoye, Commissioner for Works; and Olorogun David Edevbie, the Chief of Staff, COS, Government House.

Edevbie is perceived to be more of a technocrat than a politician, but by dint of hard work, self-discipline and providence, he has remained relevant in the political landscape since 1999. The fact that he has been Commissioner for Finance of Delta State three times demonstrates his adept understanding of the management of resources.

The Okowa administration attests to this fact hence his current appointment as Chief of Staff. Coupled with this is his sojourn as Principal Secretary to former President Umaru Musa Yar’Adua. Thus, as someone trained locally and abroad, Edevbie has a grasp of what it takes to be governor, especially the intrigues of Abuja politics in sustaining a state.

The fact that he is seen by many to be the man to beat perhaps is responsible for the recent barrage of attacks on his personality and plans to bring him down politically, chiefly in the social media.

However, keen observers contend that though Edevbie may not be a typical politician, he is by far the best option to build on the achievements of the Okowa administration, and take the state a notch higher and make it one of the three top economies in Nigeria.

Sources said that Anirah is losing steam as fast as he came apparently because he has no real support from his home base, the Okpe people. Prof. Sam Oyovbaire an Okpe man and former Minister of Information, who is regarded in the state politics as the ‘father of the Governor’ is said not to be persuaded by Anirah’s posturing.

Oborevwori, also from Okpe, has his hands full with the storms and challenges confronting his leadership of the State legislature. Sources within the Assembly alleged that in addition to being “carried away by the office of the speaker and not being forceful in representing the interest of the legislators,” he already sees himself as the likely successor to the Governor.

Besides, Oyovbaire who is said to be wielding the powers in Okpe is averse to the Speaker’s ambition as he quite naturally leans towards a relatively more cerebral protege, and keen observers contend that his travails in the House are not unconnected with the quest for the top job in 2023.

Politically, Augoye cannot be placed except for the fact that he has the backing of Oyovbaire. Before 2019, there was no visible sign of him in state politics but since his re-appointment as commissioner, there have been concerted efforts by him to reach out to the people.

However, political observers believe that beyond the support from the former Minister of Information, he lacks the clout, pedigree and exposure to manage a state like Delta.

Mrakpor, on the other hand, is the least known of the lot. Besides his wife, Mrs Joan Onyemaechi Mrakpor, a member of the House of Representatives in the last dispensation, not many can pick him out even within his Delta Central senatorial district.

COVID-19: Panic buying rampant as prices of foodstuffs, others skyrocket in Delta 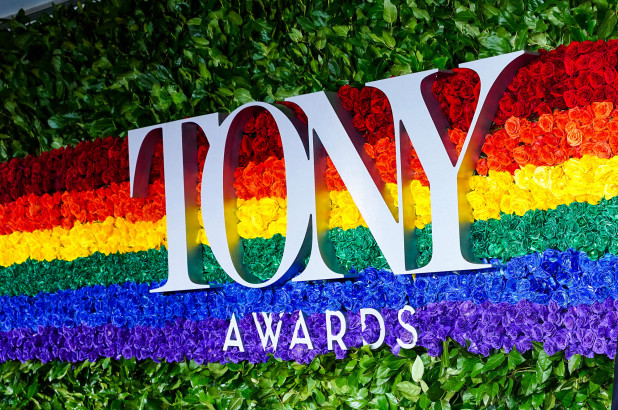 2020 Tony Awards postponed due to the coronavirus

Coronavirus and FG’s review of the 2020 budget

Coronavirus: ‘Stand by your governors, pray for them’