Certainly, our laws governing the Obaship, Emirship, and others along that line need to be overhauled.

A situation where an Emir can just be removed, deposed and be banished the way it was done in Kano does not portend a good omen for the community. I believe since the Obas, emirs, etc were either selected or elected by the kingmakers and presented to the appropriate government for confirmation and installation,t hey should also have a role in the removal of the occupiers of that post.

The point that they are being paid salaries and allowances by the government and therefore totally subject to them to my mind is completely misplaced. The money is government money paid by taxpayers of that community or state. The money does not belong to the Governor so that for me does not hold water.

The process of such removal needs to be very stringent and the people of the community must also have a say in that process. The one that is very archaic is the banishment. There is no doubt that this cannot meet the test of the present day.

It’s certainly breached the fundamental rights of such occupiers as guaranteed by the provisions of the Constitution of the Federal Republic of Nigeria 1999 as amended which guarantees rights of freedom of movement. I understand that the former Emir was not even given fair hearing in the whole process and if that is true, then the process of his removal may be nullified if challenged in court.

I don’t also buy the insinuation that they are public or civil servants. They are our traditional leaders who are custodians of our tradition and culture. The only thing I believe they need to ensure is that they must be nonpartisan and must always support the government of the day.

They are landlords and the government is tenants and while they remain till death government changes from time to time. I am therefore of the view that some of these laws need total overhauling to avoid all these political play out.

The Senate is presently considering a bill to amend the constitution to set a higher minimum qualification for those seeking to be president, governors, senators, members of the House of Representatives and members of State Houses of Assembly. Do you think this bill can solve our leadership challenge?

Well it depends on what exactly the National Assembly seeks to achieve. For me, a minimum requirement of school certificate may not be enough to achieve the needs of the present days.

I believe we need to jack it up to at least a degree in the university for all the offices including local governments. Political parties need to do a great job in this area to ensure that they present their best through proper and genuine primaries.

This is funny to me. We are still facing an electricity problem. In some areas, there are no lights for weeks, months, etc. Do we have companies that are manufacturing generators in the country because your question or the bill, if I am correct, is to ban generator import and not the use of it.

If we have not reached a stage where light is available to all and we don’t have companies that manufacture generators in the country then I don’t see the basis for such a ban. Some people cannot sleep without light to power fans or air conditioners which are health-related reasons, so what should those people do?

I think we need to think it through and assess all situations before we come up with such bill. Our energy as a government should be focused on ensuring constant availability of electricity after which we may be considering such bill which at that time the use of generators will then become a nuisance to the public.

With all the cases that are being reported on a daily basis, the first step is to close the courts for at least 30 days and then put all necessary measures in place. For instance, there will be a need to restrict the no of people coming first into the court premises and then the courtrooms.

We must ensure that only the lawyers and the litigants that should be allowed into the courtrooms except if it’s for trial then the witness or witnesses alone. For instance, many of the courtrooms are small and sitting arrangements needs to be rearranged to comply with the social distance to one another.

We should also have at the entrance some court officials who should be taking the temperature of everyone coming in, provide sanitizers and water and soap for people coming in to wash their hands. But for me the best way is to close down all courts until further notice.

At least we must have removed the possibility of contacting the virus in courts. I don’t think heaven will fall if such is done after all it’s a universal pandemic that has no respect for race, sex, old or young.

I don’t think it has gotten to that stage where prisoners should be released. What the government can do is to take the enlightenment to various correctional centers. Tests may be conducted and they should be encouraged to practice hygiene at the various centers.

If however the situation degenerates and becomes circumstances beyond the government’s control, it may then be necessary to release them, but the society may suffer for that but maybe better in the circumstance.

I don’t understand the suggestion that the judiciary may have come under certain influence. Let me tell you the Supreme Court from inception have always being occupied with men and women of high integrity.

Their decisions are always reached after a conference of the members of the panel that heard the case. To me whatever judgment it maybe must have been done in the best way they understand the law and the facts of the case.

They are not perfect in fact only God is perfect. So whatever judgments that may come out of the Supreme Court as far as I am concerned can’t be called controversial and I can’t begin to suggest any underlying factors. I believe we must always accept the judgments and move forward.

All these Amotekun and other similar outfits from other regions are set up to complement the work of the Nigeria Police Force and other security agencies which is good for the security of our country. Personally I don’t see it as an alternative to State Police.

State Police if approved will equally complement the federal structure. I believe Amotekun and others are meant for community policing and I see the security situation at the community level improving. It is good that laws have been passed by each state or in the process so as the give legal backing for such security arrangement.

I believe what is key is the implementation of any law. If a law exists and such law is not being implemented, it will just be there and before you realize it nobody will know that such law exists.

So I believe that if the necessary agencies are determined to implement and enforce such laws the practitioners will sit up. All that is required is to start and people will know it’s against the law to act the way they do.

Dangerous Love Of The Woman

COVID-19: Police not on holiday against criminals — Sokoto CP 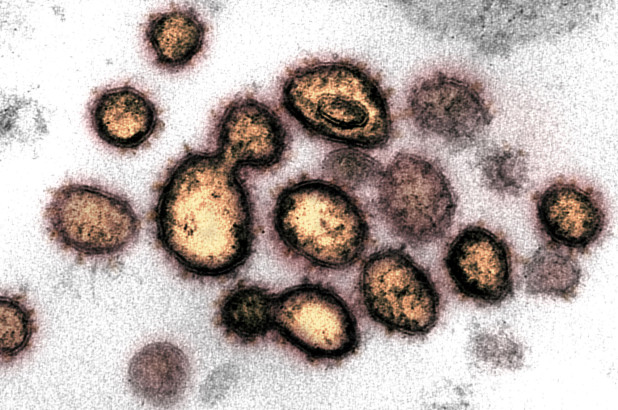 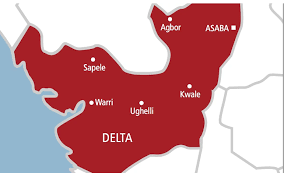 COVID-19: Lockdown in Delta is a necessity — Aniagwu

Bayern To Offer Man City Alaba Plus £50m For Sane