COVID-19: Why number is still low in Nigeria — Delta Monarch

COVID-19: Why number is still low in Nigeria — Delta Monarch

The monarch while speaking to newsmen yesterday, expressed dissatisfaction on what he described as the poor level of interface between the state and federal governments and the traditional rulers in the country adding that the lockdown, ban of flights and movement should have been implemented earlier to curb the spread of the disease.

Avwaeke I stated further that the upsurge in recent cases in the country should be blamed on the social distancing method adopted by the federal and state governments in the respective states to curb the spread of the disease.

The monarch who is a retired naval Air Vice Marshal, said: “The number of Corona Virus cases in Nigeria is still low because the level of test for the ailment that is being done in the country is still very low and the State and Federal governments should be blamed for the spread of the disease in Nigeria.

“We saw things unfold and we saw it coming, so we had sufficient time to actually prepare. But, like everything African, we took things for granted and we believed that it is not an African disease and it will not affect Africa.

“If we had followed the development, we would have seen the pattern of its movement and would have preempted its impact. Issues of lockdown, ban of flights and movement would have been dealt with much earlier because if you look at it, most of the positive cases were expatriates that brought it from abroad or some Nigerians returning home or our elites going abroad like the legislators and businessmen.

“Most of them were coming from Europe, some China, from Italy and then if we had stopped flights earlier on proactively not reactively, we would have done very well.”

COVID -19: Why explosion is imminent in Nigeria

In spite of high number of cases, why Russia’s coronavirus death rate low

COVID-19: Why Nigerians should rely more on 112 emergency number

E-learning: How COVID-19 is reshaping education in Nigeria 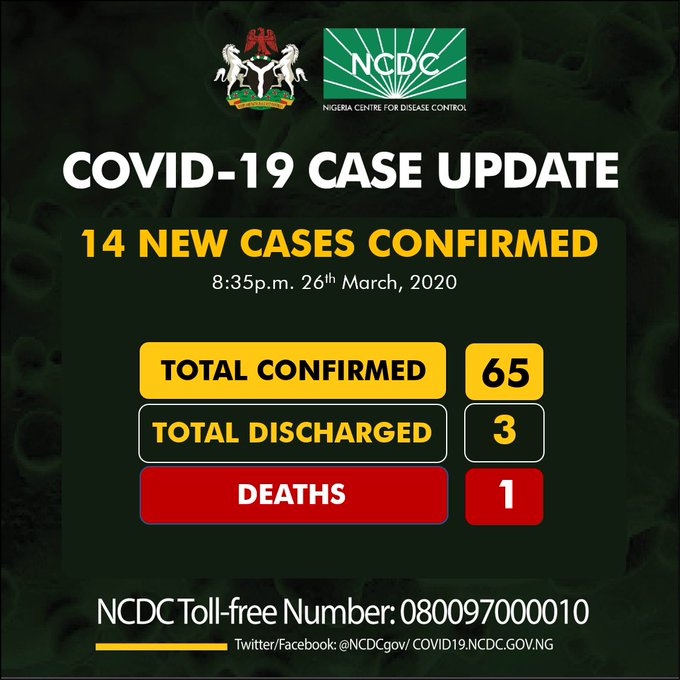