APPREHENSION, yesterday enveloped Warri, Delta State, following the killing of a 28 years old man, Joseph Pessu, by a soldier, who was part of a team enforcing  the ‘sit at home’ order by the state government as part of efforts to contain the spread of the dreaded coronavirus pandemic in the state.

The man who was reportedly shot at 10a.m., at the Ogunu flyover bridge in Warri for allegedly refusing to stop for a check, was said to be driving in a Toyota Camry towards the Warri NPA from Ubeji when he was accosted by soldiers enforcing the lockdown order.

An eyewitness, who narrated what happened, said that Joseph Pessu, the victim was on his way to his sick father’s house to take him to the hospital but because of the haste, did not stop at the check point before he met his death.

The eyewitness said, “One of his tyres was first blasted by one of the army officers. He quickly parked in a nearby street off the NPA Expressway to explain why he refused to stop, when flagged down but the temper of one of the soldiers couldn’t make him wait for any explanations. He was then shot at close range by the trigger-happy army officer who refused to listen to any explanation.

“Everybody around the murdered Joseph said good things about him. He had no history of criminality or violence. So sad that it wasn’t the Coronavirus that cut short this young man’s life but a bullet from those who are enforcing the lockdown against the invisible virus,” the eyewitness said.

Another account, said the soldiers chased the victim to the Ogunu flyover area where he jumped from the unnumbered Toyota Camry after using his vehicle to block the road to prevent military men from arresting him.

The sources, said the deceased ran into a bush in the area where he was allegedly shot by one of the soldiers chasing him.

The killing of the young man in cold blood sparked protest as youths who witnessed what happened turned their anger on any military personnel on sight.

It took the intervention of chairman of the council, Dr Tidi Mike, who mobilized  policemen to restore  calmness to the area.

The state Police Commissioner, Mr  Hafiz Inuwa confirmed the  killing, saying his men were on  ground to restore peace in the area.

When Vanguard called the Spokesman of  6 Division of the Nigerian army in Port Harcourt,  who coordinates media activities for the 3 Battalion, Warri, Major Charles Ekeocha, he  said, “I am not aware. I will call to find out what happened.”

Effort to get officers of the 3 Battalion, Effurun to speak on the issue was futile as calls to some of their lines rang out. And none of them returned the calls at press time.

Meanwhile, the Delta State Government has called for an investigation into the circumstances which led to the shooting.

State Commissioner for Information, Mr Charles Aniagwu in a statement in Asaba said government was worried about the report of an alleged killing of a 28-year old man in Warri by security agencies on regular patrol duty.

While urging the people to remain calm and not take laws into their hands, said government would conduct an investigation into the killing.

Minister of State for Labour and Employment, Festus Keyamo, has condemned the reported killing of a man in Warri by soldiers implanting the lockdown order by Governor Ifeanyi Okowa of Delta State.

Reacting to the incident yesterday, the minister in a statement, said,  “I have received disturbing reports and images of the high-handedness and shooting of innocent citizens by men of the armed forces deployed to enforce the COVID-19 lockdown in my sstate, Delta State.

“I will be forwarding a petition to the relevant authorities to thoroughly investigate this murder and bring the officer(s) to book. In the interim, let us not take the laws into our hands, please.”

Also, Deputy President of the Senate, Senator Ovie Omo-Agege has condemned in very strong terms, the killing of Joseph Pessu by men of the Nigerian Army enforcing the stay at home order of the Delta State Government.

Omo- Agege, who described the incident as extra-judicial killing, also called for a holistic investigation into the killing of Pessu, an Itsekiri youth.

Calling on security personnel to always maintain the rules of engagement as they enforce the lockdown order, Omo- Agege  called on youths to exercise utmost restraint.

Meanwhile, Governor Douye Diri of Bayelsa State, has signed an Executive Order entitled: Bayelsa Infectious Disease (Emergency Prevention) Regulation 2020 as part of strategies to prevent the spread of the COVID-19 virus into the state.

Diri said the executive order was in the exercise of the powers conferred on him pursuant to the provisions of Section 8 of the Quarantine Act, Laws of the Federation of Nigeria 2004 and further pursuant to all other enabling laws and powers, as he ordered temporary closure of all markets in the state, particularly Swali market, which is the biggest in the state capital.

He explained that the order exempts food, water, pharmaceutical stores and others rendering essential services.

Meanwhile, President, National Association of Resident Doctors, NARD, Aliyu Sokomba, has said that one of the members of the association treating COVID-19 patients has tested positive for the disease.

Sokomba, who spoke in a television programme yesterday, said the doctor was working at Irrua Specialist Teaching Hospital, Edo State.

He said the welfare of health workers who are at the forefront of the fight against coronavirus and Lassa fever must be addressed if the country would make headway.

“At the moment, as health workers continue to play their part in containing the spread of the disease, the health workers are not protected. One of our colleagues died just yesterday from Lassa fever. This is the state of our health care institutions and that is the fate of most health care workers in the country.

“Dr. Philp Dzuana is the sixth doctor to have died of Lassa fever in the country and very little is being done to getting this kind of situation under control.”

AS the lockdown and restriction of movement order issued by the Delta State Government as part of measures to check the spread of the dreaded coronavirus pandemic entered day 2 yesterday, there was still appreciable level of compliance in the state capital territory, comprising parts of Oshimili North and Oshimili South LGAs of the state.

The situation was the same in Kwale, Ozoro and Oleh in Ndokwa West, Isoko North and Isoko South LGAs.

Akwa Ibom State government has demanded for a reconfirmation test on the five reported cases of COVID-19 from the state by the Nigeria Centre for Disease Control, NCDC.

State Commissioner for Health, Dr. Dominic Ukpong, told newsmen, yesterday, that it observed a disturbing breach in the testing and reporting procedure.

Ukpong said he had immediately contacted the Director General of NCDC, who at the time was not aware of the reported result that was on the twitter handle of his agency.

He said, “We only heard about the test results in the news. The Director General of NCDC, was not aware of the reported result announcement.

” All five reported positive test cases have been contacted and they have showed no COVID-19 symptoms. While the tests were being processed in NCDC approved test facilities, all suspected cases were held in isolation.

Meanwhile, NCDC has said the figures of confirmed COVID-19 cases released for Akwa-Ibom State are accurate.

Director-General of the agency, Chikwe Ihekweazu, said “This is not a time to release press statements against anybody. It is time to come together.”

Ihekweazu was responding to a statement by the Akwa Ibom government, questioning the credibility of the recently confirmed COVID-19 cases in the state.

The agency, on Wednesday, announced 23 new cases of COVID-19 in Nigeria. Five of the new cases were said to have been recorded in Akwa Ibom State.

US based Rivers groups hail Wike on measures to check spread

In another development, two groups based in the United States of America,  Ikwerre Peoples Forum, USA and Rivers Development Forum, RDF, have commended Governor Nyesom Wike of Rivers State for taking proactive measures to check coronavirus in the state.

Chairman of Ikwerre Peoples Forum, IPF,  USA, Mr  Michael Ewule said  that the determined efforts of Wike saved the state from the uncontrolled spread of coronavirus.

IPF  USA, said “We have watched closely what is happening all around Nigeria and we are happy that Wike has worked hard to prevent coronavirus from spreading.

The group urged the Rivers State government to continue to review the measures in line with new developments.

The leader of Sapele Rotary Club, Mr Tony Ubah, Assistant Governor, District 9141 Zone 5, Sapele Urban, who led the team through out the distribution exercise said their contributions in the fight against COVID-19 is one of such areas they help the society in a moment like this.

Ubah told the Medical Director, Dr Ogbimi Benedict at the Central Hospital Sapele, that the “distribution of the items is our own way of helping the needy and the vulnerable ones in the society. Before now, we have been donating books, benches, chairs and other learning materials to schools. We are also involved in other humanitarian activities to the society

“We are aware of the global pandemic nature of this disease and how far it has affected the country as a whole hence on our own, we have decided to come out to donate these items to support the government and the less privileged persons. We are happy that this hospital and the state have not recorded any case since the beginning of the problem across the world,” he added. 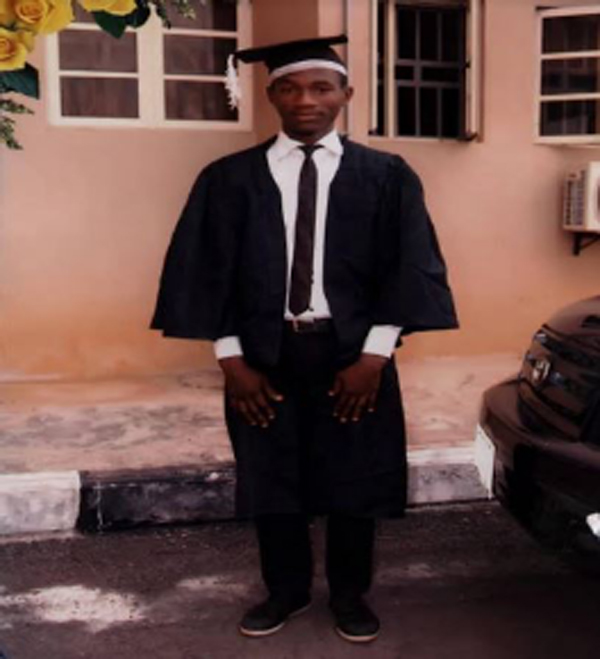