According to the 83-year-old; “We met Zik at Nsukka and Awo in Apapa, Lagos. Our team included statesmen like Chief Adeniran Ogunsanya. Dr Abubakar Rimi. Chief Solomon Lar. We agreed to have a common united political front to stop the domineering Fulani jihadist tactics in Nigeria.

“Both Zik and Awo gave us their blessing and we organized the biggest party conference for the public in Enugu, which was attended by both leaders and their executives in the East and West.”

“We all returned to Lagos and formed a Strategic Committee with Governor Jakande as chairman. Apart from our Northern eminent brothers the Yoruba members in the committee included Senator Abraham Adesanya and Chief Ayo Adebanjo.

“We had our think-tank intellectuals in the committee whose aim was to have a formidable alliance for Zik or Awo to vie for the Presidential Election against Alhaji Shehu Shagari who was seeking a second tenure.

“The committee shared all the distributable portfolios and board positions among the parties in the coalition. There were about 2000 of such positions which were satisfactorily shared.

“What was left was the Presidency and Party Chairman. Awolowo’s group insisted the would have the first choice since they had five states and Ziks group had 3 states. The unresolved issue was the party platform and Chairmanship.

“We adjourned for a few days for consultations with our leaders. Zik said he would abide by our consensual decision as a democrat. Chief RBK Okafor and Omenife Ikokwu were mandated by Chief Adeniran Ogunsanya to find an agreeable synthesis.

“We consulted and I proposed a solution of compromise to suite all. Awolowo was to make the first choice as they had insisted. In such a situation Awolowo would be the Presidential Candidate against Shehu Shagari.

“We then proposed that if the coalition party was the Nigerian Peoples Party the party Chairman would be Zik and the party would be supreme on policy matters to move the country forward.

“So Zik as NPP party Chairman would take Awo round the nation during the elections as a presidential candidate; and vice visa if the Unity Party of Nigeria emerged as coalition party.

“Our chairman, Jakande, when we resumed requested a brief adjournment for their (Yoruba) response after consultations. All other members in the Strategy Committee agreed with our proposals except Awolowo s group which was split.

“The press and the world media awaited the final results at the lawns of the Governor’s Lodge at the Marina.

“Members of the Unity Party of Nigeria Youth Wing under then youthful Ebenezer Babatope were chanting Awo! Awo! that in their party constitution there is no cleavage between the Executive and the Party.

“They are one and no form of Coalition would work as being proposed.

“We all met after in-house discussions and phone calls. The Chairman, Jakande then said there will be no press conferences on the matters and if there was no meeting in the next week all the parties would field their presidential candidates and cooperate where desirable in the other elective offices.

“So that was how the parties contested against each other and the election was rigged for Shehu Shagari. And Zik made his famous speech that history will vindicate the just and the wicked shall not go unpunished.

“Some Nigerians say that Zik did not lift that curse on Nigeria before he died. He lived to a very ripe age seeing people and exchanging pleasantries with his two new wise kid sons with whom he shared his wisdom of ages.

“Chief Awolowo did not like the state of the polity thereafter and as a sage who had written ominously on our contemporary issues, he felt very disconsolate as he was betrayed by some of his followers and the military junta who had ruined the nation.

“Awolowo was dogged and astute but did learn much of human frailties and the way and manner he was used during the civil war.

“Very few Nigerians really know how and why he died. He was betrayed unexpectedly by his closest confidant who is still alive now.” 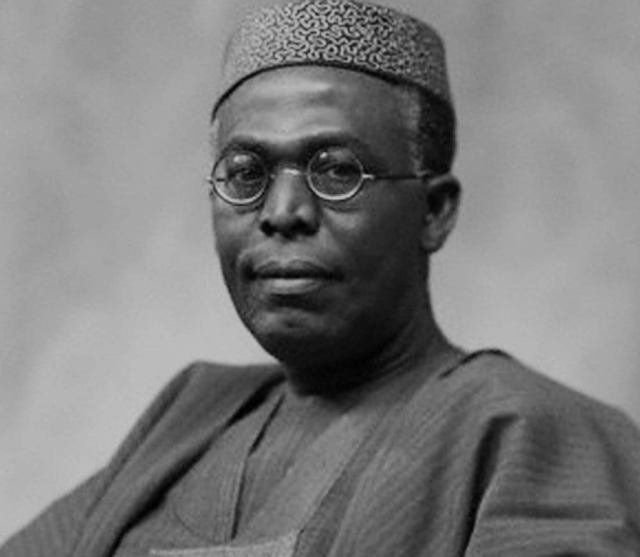