THE Oyo State Police Commissioner, CP Chucks Enwonwu has disclosed that the delay in the prosecution of rape offenses was occasioned by failure of government agencies saddled with a forensic examination to speed up the exercise.

He made this known yesterday while receiving the state’s Commissioner for Women Affairs and Social Inclusion, Alhaja Faosat Sanni, who led the state Rapid Response Rescue Team on Sexual, Gender-Based Violence, and Child Abuse on a courtesy visit to him.

Speaking further, Enwonwu maintained that his officers were doing their best to fight undesirable elements in the society who were fond of acts of violence to the weaker sex.

He said: “Our officers are doing their best to fight undesirable elements in the society who are into the act of violence to the weaker sex, women, battering, defiling the underage, raping women, and adding murder to it.”

“Each place I visited, we keep advocating for partnership especially in giving the Police intelligence to help us fight the crime generally, also ignorance in the rural areas is rife to the extent that when sexual offences happened, they try to conceal and settle the matter because of social stigmatisation, they should rather go to court and not succumb to family pressure for a settlement.”

CP Enwonwu made it abundantly clear that he would continue to fight the heinous crime and anyone found guilty must face the full wrath of the law as nobody is above the law of the land.

He said part of the challenges to get apprehend and prosecute perpetrators was that people did not want to give information that would help in their investigations.

Enwonwu, while reassuring his command’s unflinching support to the ministry and the state at large, said: “I am barely 29 days in office, I resumed on the 1st of June, 2020 and ever since I assumed office, I have been receiving government, public, private individuals including the traditional institutions, and I had also done familiarization tours to other security and government agencies and other relevant stakeholders on cases of rape.”

Also, the Deputy Commissioner of Police, Criminal Investigation Department, DCP Abayomi Oladipo thanked the ministry for providing shelter and psychological stability for survivors while prosecuting offenders equally charged the appropriate authorities to always speed up actions on the result of forensic examinations so as to fast track cases

While speaking, the Women Affairs Commissioner Alhaja Faosat Sanni, who

appreciated the existing working relationship between her ministry and the agency, noted that perpetrators who were mostly male most times overpowered the survivors, thereby taking advantage of the victims to commit the evil act, mostly on women and children, who she said, were most vulnerable in the society.

Sanni solicited more supports, mutual relationship, and cooperation of the security agencies at large as well as an upscaled measure against rape cases and killing.

She commended the efforts and supports of the security agencies in the state towards fighting the high rate of rape, incessant abuse, and killing.

In a related development, the Oyo State Commandant, Nigeria Security, and Civil Defence Corps, Iskilu Akinsanya said the command has been empowered to prosecute offenders accordingly and that the command as mandated by the Ministry of Defence would establish Gender-Based Unit to oversee related issues.

Speaking during the visit of the women affairs commissioner to his office, he said the command would not relent in meeting its desired objectives on prosecuting offenders accordingly and would not jeopardize the mutual trust and respect accorded the command.

In her remarks, the Permanent Secretary of the Ministry of Women Affairs and Social Inclusion, Mrs. Christiana Abioye lauded the efforts of the security agencies as well as their synergies and collaborations with the ministry and state government at large, adding that their efforts helped in fighting crime and criminality of all forms.

Also lending her voice, the Oyo State Chairperson of the Nigeria Association of Women Journalists (NAWOJ), Mrs. Jadesola Ajibola, who is a member of the team appealed that rape survivor should be treated with respect and that officers should not query the survivors on their mode of dressing when the incidents happened but rather perform their duties accordingly.

We have made arrests over Ibadan serial killings —Oyo CP, Enwonwu 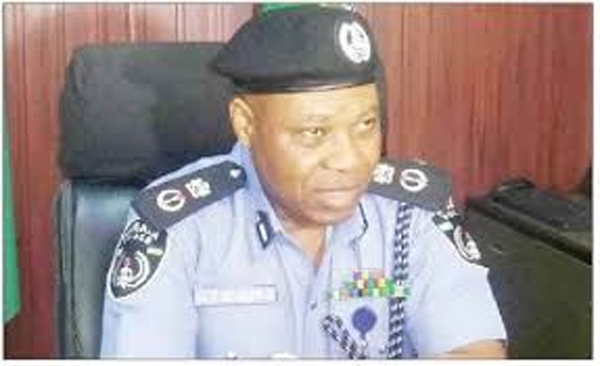 Women Protest Against Rape And Sexual Violence In Uyo