ABUJA— LEADERS of thought, elder statesmen from four of the six geo-political zones of the country, on the platform of Southern and Middle Belt Leaders Forum, have taken a swipe at the presidency, describing the attack on former President, Chief Olusegun Obasanjo over his comment on the state of the nation, as disappointing and worrying.

In a statement, the leaders of the Middle Belt, Ohanaeze Ndi-Igbo, Pan Niger Delta Forum, PANDEF and Afenifere, the groups said nobody can stop Nigerians from commenting on issues and coming up with ideas “to pull Nigeria from the brink of the precipice of no return”.

According to the leaders, President Muhammadu Buhari should know that Nigerians can distinguish between Nigerians who care enough to do something and those with responsibility who choose to do nothing.

The statement read: “Leaders of five groups that held a two-day meeting under the facilitation and chairmanship of Chief Olusegun Obasanjo in Abuja last week, have taken note of the reaction of the Presidency to the meeting.

“To say that the Presidency chose to react in the manner it did to a responsible and credible initiative by our groups and a former President, is, to put it politely, deeply disappointing and worrying.

”Our groups are not mouthpieces of President Obasanjo, and we will leave it to him to choose how he responds to the lamentable response of President Buhari to his initiative.

“For us, it is sufficient to say that we have no regrets or apologies to offer for making ourselves available to dialogue with each other, exchange ideas and re-commit ourselves to pulling our nation from the brink of precipice of NO RETURN.

“The communique released at the end of our meeting, which we are confident is only the first of many, is a loud testimony to our levels of responsibility and maturity.

”We have received countless commendations from many responsible Nigerians for supporting and participating in this initiative to make our country a democratic and united entity.

“We are even more worried at this stage that a responsible and constructive effort to douse tensions, build bridges and restore hope in the potentials for the survival of our country as a democratic and united entity will attract the type of childish vitriol from the Presidency, including labelling us as terrorists.

“Clearly, our current leaders are living in very deep denial if they do not recognise that our current situation represents an existential danger to the nation.

”We noted the commendable support of other leaders for the initiative, and the statesmanship of Chairmen of Nigerian, APC and PDP  governors’ fora who attended the second day of the meeting and expressed genuine support for it.

“In contrast, we are alarmed at the insensitivity of the Presidency which will rather demolish patriotic and responsible action than take steps to address gaping holes in the manner it handles our national destiny, our security and our economy.

“Our fora is encouraged to pursue the time-tested strategy of engagement, dialogue and steadfast commitment to the future of our country as secure, united and just.

“We will continue to exercise our rights to meet and seek for solutions, and discharge our obligations to younger generations of Nigerians who deserve to live in a nation without its current frightening limitations.

“We believe that the Presidency, our legislators and all well-meaning Nigerians should be part of our initiative. If the Presidency chooses to stay out, Nigerians have the right to ask what it is doing to address our deeply-embedded problems itself.

“President Muhammadu Buhari should know that Nigerians can distinguish between Nigerians who care enough to do something, and those with responsibility who choose to do nothing.” 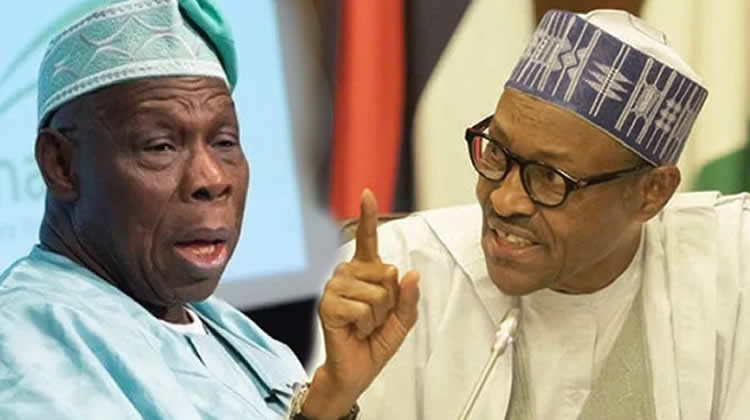 Igbo Presidency And The Nigerian State

State Of The Nation: You’ve No Evidence To Prove Nigeria Is Failing

Betting with your best isn’t always the best bet

Magu’s probe: the unhealthy antics of attacking the judex by one zainab abiola-led attritional minions

How Nigeria is collapsing under Buhari – Presidency fires at Obasanjo again